Micro-inequities at work are the subtle but powerful ‘put downs’ that are the result of bias or discrimination.

This video illustrates micro-inequities and their impact:

Micro-inequities at work were first defined by Mary Rowe, when she was President and Chancellor at MIT:

apparently small events which are often ephemeral and hard-to-prove, events which are covert, often unintentional, frequently unrecognized by the perpetrator, which occur wherever people are perceived to be ‘different.’

The impact of micro-inequities at work

These subtle inequities have been described as the “principal scaffolding for segregation” in the workplace.

More overt discrimination, by its very nature, is more obvious and has been legislated against. But micro-inequities persist and have the potential to have a cumulative and harmful effect on your well-being in the workplace.

What makes micro-inequities particularly problematic is that they consist of such subtle messages that they can be hard to recognize. As a result, it is difficult to explain to others why these small behaviors can be so hurtful.

Here’s how to recognize and respond to micro-inequities

Be thoughtful. Micro-inequities can be hard to recognize. If you have a vague feeling that an interaction has been inappropriate or unfair don’t just dismiss the thought. It’s these small interactions that multiply and have a harmful effect, so you need to be thoughtful and try to understand what specific actions have caused you to feel uncomfortable.

Check your Perceptions. It’s useful to talk to trusted colleagues and friends to get their perspective. They will either validate your concerns and give you the confidence to act, or help you see a fresh perspective that may alleviate your concerns.

Don’t be a bystander, speak up! Find the right opportunity to gently address the behavior. Whether the bias is directed at you, or others, use questioning to get the person to consider their words. They may recognize the bias themselves. Sometimes a simple “What makes you say that?” is enough.

For example, a colleague of mine used to refer to his assistant as “Miss Moneypenny” (the character from the James Bond movies). It always felt wrong, as it cast himself as James Bond and his assistant as the romantically devoted assistant. I should have spoken up and asked my colleague if that was appropriate.

Take the following steps to protect yourself from micro-inequities at work:

Don’t let micro-inequities wear you down, be active and protect yourself and others for a better working life. 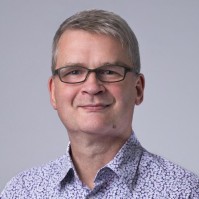